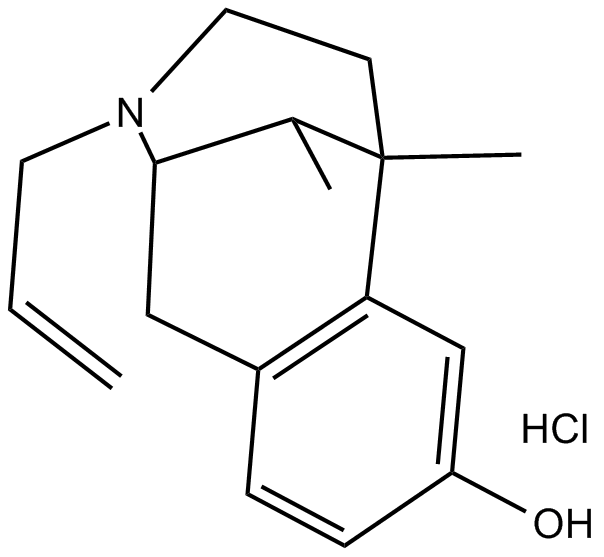 SKF 10047 hydrochloride is a prototypical σ1 receptor agonist. Behaviorally active in animal models of memory and stress. It has been fully demonstrated that σ binding sites are distinct from phencyclidine binding sites on the NMDA receptor-ion channel complex, which has investigated extensively the functional role of σ receptors in the central nervous system [1,2].

In vitro: The effects of the stereoisomers of N-allylnormetazocine (SKF-10,047) were compared in rats on the hippocampal cholinergic functions. A putative σ1 receptor agonist, (+)-SKF-10,047, increased hippocampal extracellular acetylcholine level as well as anti-amnesic effect against scopolamine-induced memory dysfunctions in rats. Haloperidol, a putative σ1 receptor antagonist reversed these phenomena which were not produced by (-)-SKF-10,047. Such stereoselectivity and antagonism imply σ1 receptors involved in these (+)-SKF-10,047-stimulated hippocampal cholinergic functions [2].

Clinical trial: So far, no clinical study has been conducted.