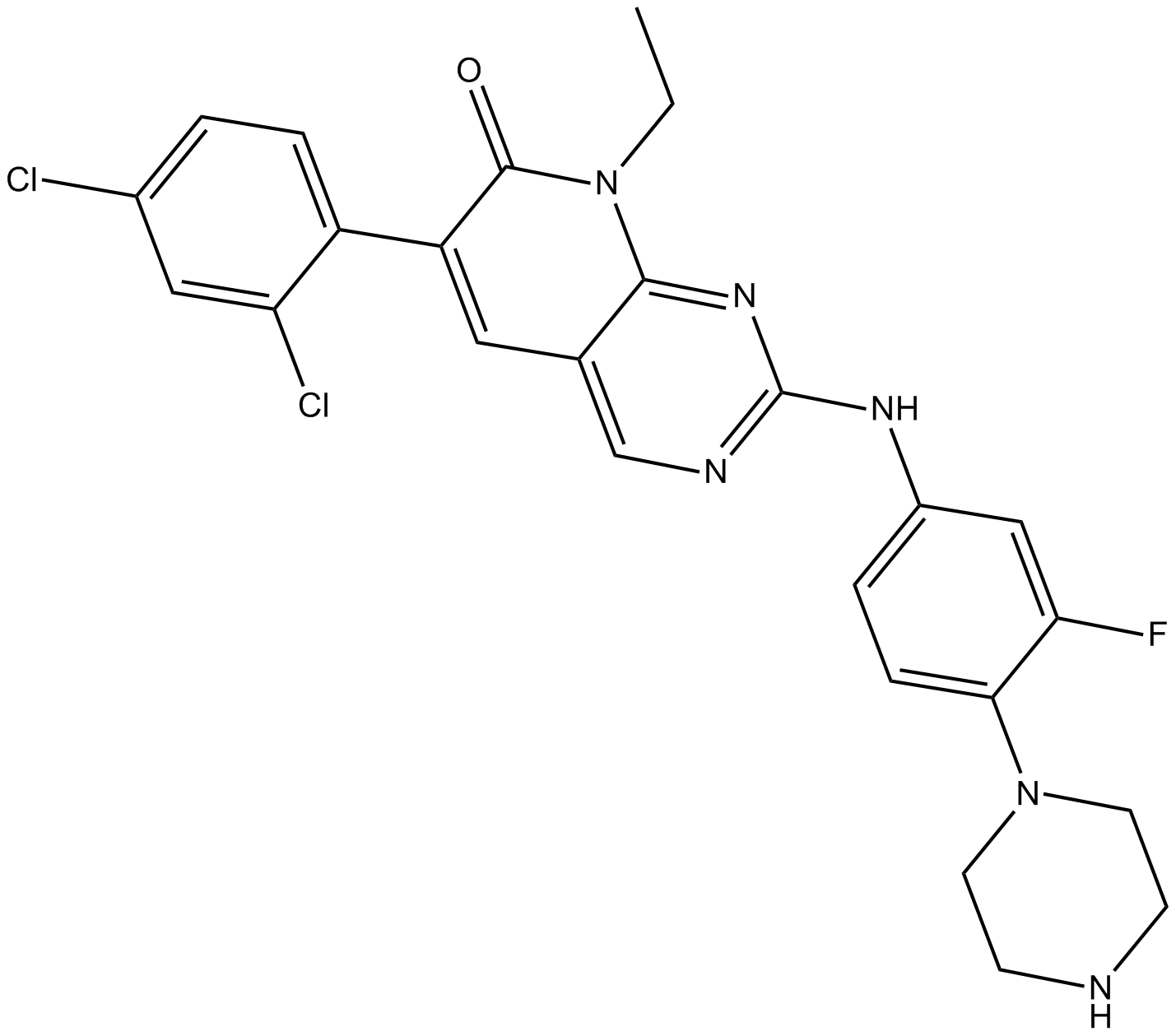 PAKs are known as effector proteins for the Rho GTPases Cdc42 and Rac. Both in vitro and in vivo studies have showed PAKs play critical roles for cytoskeletal organization and in various aspects of cell growth and development.

In vitro: Previous study showed in WPMY-1 cells, FRAX486 could dose-dependently induce the degeneration of actin filaments, which was accompanied by proliferation rate attenuation. Moreover, the FRAX486 cytotoxicity in WPMY-1 cells was found to be both time- and concentration-dependent. In addition, the effects of FRAX486 on actin organization, survival, and proliferation were observed at 1-5 μM in WPMY-1 cells, and complete inhibition of PAK1-3 might be expected, whereas PAK4 might be inhibited only partially at these concentrations [1].

In vivo: Animal study found that FRAX486 was able to cross the blood-brain barrier (BBB) and the brain therapeutical FRAX486 concentrations were detected as early as 1 h and remained as long as 24 h, with the maximum concentration (Cmax) at 8 h. Moreover, FRAX486 could reduce hyperactivity and stereotypical movements, both of which were phenotypes characterizing the Fragile X syndrome mouse model [2].

Clinical trial: Up to now, FRAX486 is still in the preclinical development stage.